How youngsters decarbonise their schools

Entering a new year offers us new hope for a decarbonised, sustainable Europe. This is also a good time to reflect on our achievements in 2022, the European Year of Youth. Indeed, the driving force behind the 2IMPREZS project is young people taking action to bring us a greener, brighter future.

Since 2017, 2IMPREZS has been stimulating the green energy transition by enabling primary and secondary school students to take charge of reducing their schools' energy consumption. Pupils in Belgium, Germany, the Netherlands, the UK, and Denmark have engaged in a transnational race to save the most energy. The “2IMPREZS Energy Challenges” also enable the pupils to share ideas and experiences.

And what sort of ideas did the schools implement? We asked some of our ‘Energizers’ across the North Sea Region about how exactly they tackled the challenge.

Yuna from the Netherlands told us that she and her classmates initially brainstormed ideas for small-scale campaigns at school. “In the beginning, we were hesitating between two ideas,” Yuna explained.

“When we went to do the energy inspection, and I counted as many as 145 light bulbs in school, my decision was made: I thought we should do something with light bulbs in our campaign because we could probably save a lot of energy with them.” Once this seed of inspiration was sown, the Dutch Energizers continued their quest to slash their school’s energy bills.

Troughout the project, the 2IMPREZS Energy Challenges have enabled students to explore their energy-reducing theories and actions. Small-scale behavioural changes equated to a saving of around 7,000 tonnes of carbon emissions in the school buildings alone. In the end, they made their way into the Energizers’ homes, influencing the behaviour of their parents, siblings, and neighbours. 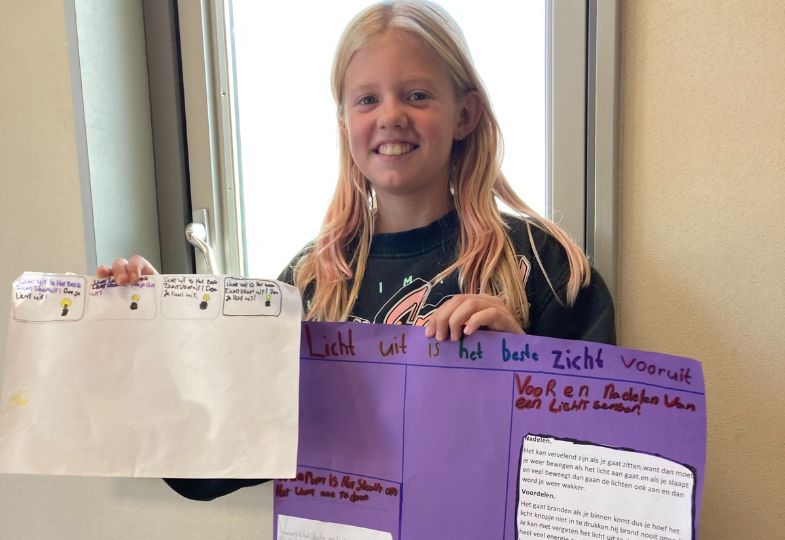 What can we learn from the 2IMPREZS Energizers?

To help steer us on the right track towards on energy saving, the stellar pupils of the De Vlieger school in Kasterlee, Belgium urged us to rethink some of our daily energy-intensive activities. “Go on a camping vacation by bike instead of a flying vacation,” suggested the group.

One of the young students provided us with a simple yet effective reminder:

Turn off the lights, the sun is free!

Some of the Belgian pupils’ suggestions were specifically addressed to politicians: “Don't mess with the climate, don't ruin our clean future! [And] have your meetings outside, like us!” 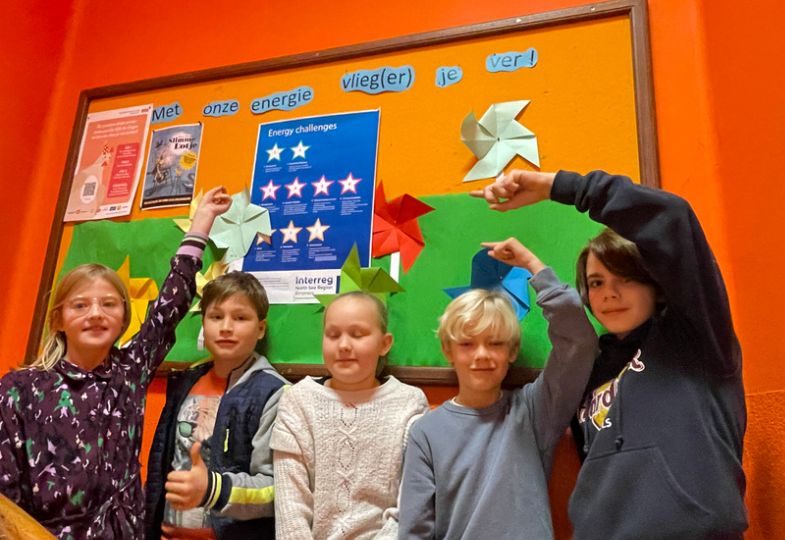 Sharing surplus energy with the village

The Energizers of Danbury Park Primary School joined 2IMPREZS for the current digital Energy Challenges campaign. They are working with the local village energy group to be able to eventually store and share any surplus electricity generated by the solar panels for the benefit of theirlocal community. Pupils and teachers are currently looking into optimised eco-friendly alternatives to lighting in the school building to reduce energy usage and thus carbon emissions.

Though Danbury Park is working closely with their local schools, the pupils and teachers also want to share what they are doing across the country and beyond, making links with schools in other countries so that they can exchange ideas and learn from one another.

We try and save electricity so that we can spend less money and try and help the environment. Power plants use nuclear reactors and fossil fuels that send bad gases into the atmosphere, breaking it and making our planet hotter and hotter every year melting the icebergs, releasing fresh water to salt water, and changing the weather creating hurricanes and flooding. We use solar panels because fossil fuels are running low and create global warming. Solar energy is renewable. 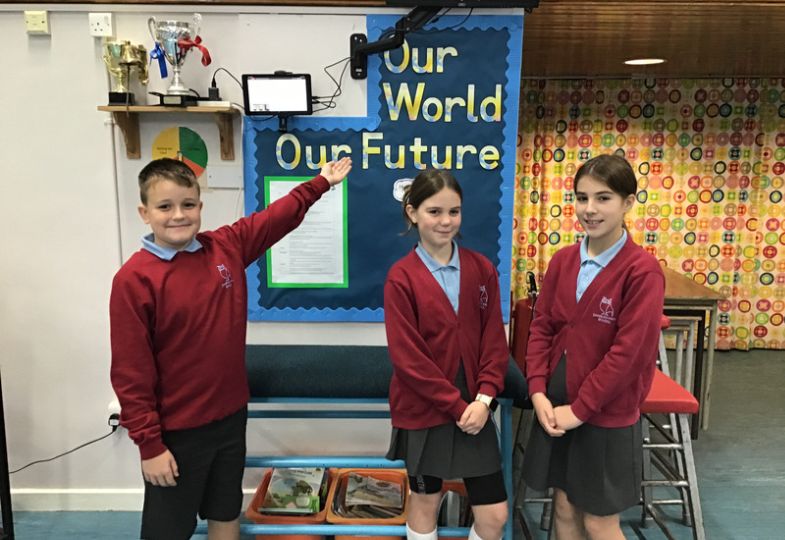 Student Energizers from the Danbury Park School in the UK.

Looking towards a brighter, greener future

Between 2018 and 2020, more than 120 schools had accepted the 2IMPREZS Energy Challenge. This equates to a reduction of approximately 7,000 tonnes of carbon emissions.

Building on the success of the initial project, a new 2IMPREZS Energy Challenges digital programme has been developed. The extended 2IMPREZS project supports an additional 75 schools in delivering their Energy Challenges in their regions, now with the potential to support many more using digital tools such as AR/VR technologies.

The 2IMPREZS Energizers are shining examples of what the European youth are doing to make real, impactful changes from the ground up – on a transnational level. Their dedicated efforts and innovative approaches can be looked to as source for inspiration in our own decarbonisation efforts.

Some people think saving energy is expensive. As in solar panels on your house and so on. Some things are not that expensive. That needs to be said a little more often. And saving energy can also be fun. You can organise a challenge and then you do it together. And saving money is a lot of fun!

Madeline Langlois is a Project Manager at atene KOM GmbH and supports the communication of the Interreg North Sea 2IMPREZS and HyTrEc2 projects.