Learning to live with floods

As global temperatures rise, learning to cope with floods is no longer a choice but a necessity. FRAMES showed how the Multi-Layer Safety approach improves flood resilience, inspiring a flurry of action across the North Sea Region. Last year, a UK pilot withstood the ultimate stress test.

Two years after the project ended, the MLS concept is still used to increase flood resilience in the pilot areas. Moreover, the pilots have led to many new initiatives. 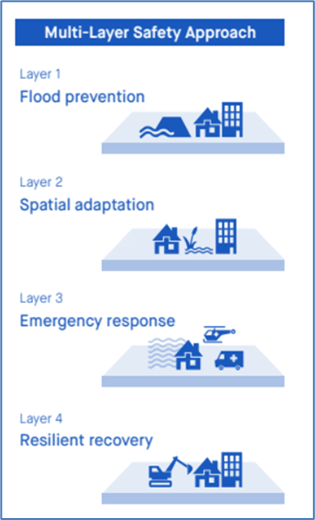 What is multi-layer safety?

The first layer is all about “keeping water away from people” to prevent the disaster in the first place.

The second layer focuses on “keeping people away from water”. This can be done through spatial planning.

The fourth and final layer is about rapid and effective recovery from flooding.

Based on this approach, the project developed a Decision Support System for public agencies to set up a flood risk management plan.

It is beneficial to work with long-term planning and include measures from each of the four layers. This makes the planning more robust. Try to combine measures, consider not just prevention but also land use planning, and think about where recovery fits in.

How does it work in practice?

The partners ran 15 pilots to develop flood resilience based on the MLS concept. Decisionmakers and public agencies used the FRAMES Decision Support System to produce a robust flood risk policy. 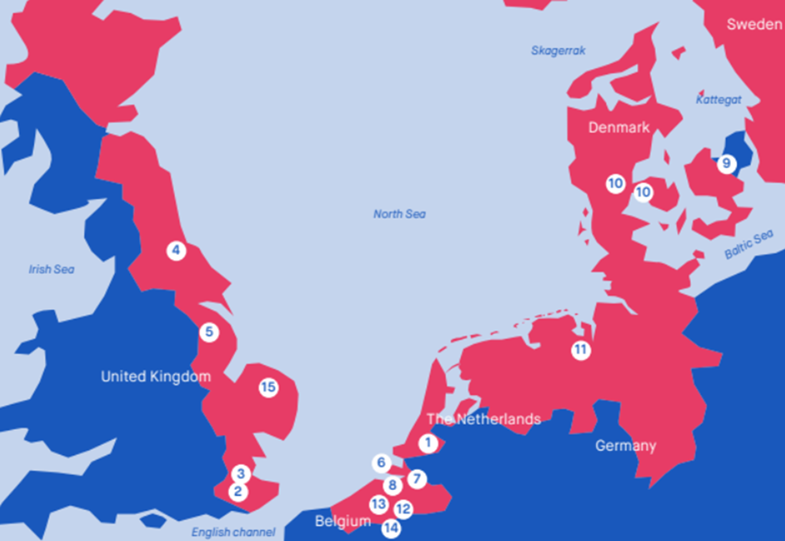 The pilots focused on different aspects of MLS. Here are three examples.

All the water you see behind you could be in someone’s living room.

Roskilde, Denmark, suffered severe flooding in 2013 due to the passage of the storm Xaver. Therefore, the FRAMES pilot in Roskilde assessed the local recovery capacity. The team sent a questionnaire to a wide range of stakeholders such as Roskilde Municipality, the Danish Storm Council, insurance companies, and households in the area. Based on the responses, FRAMES produced a set of guidelines for future flood events in the Roskilde area.

The Dutch pilot Flood Proof Electricity Grid Zeeland assessed the impact of flooding in flood-prone areas with a concentration of infrastructure such as roads, tunnels, and railroads. The pilot produced risk maps and designed a flood threat alert app. Based on the user’s location, the app willl inform them about flood risks and impacts as well as possibilities to evacuate or find shelter.

See flood simulations for the Province of Zeeland:

Stakeholders worked together on e-tools that would increase the success rate of the pilots. To make applying the MLS concept easier, they used existing tools such as Climate Just and Shape Atlas and also created new ones (Story Map, traffic evacuation model, etc.).

Since the project closed in 2020, interest around FRAMES has continued and many new initiatives have emerged.

In Denmark, the FRAMES dynamic planning was a huge success. Many Danish cities have applied this method as part of climate adaptation. Also, FRAMES recovery measures have become part of Denmark’s implementation of the EU Floods Directive. Danish municipalities are now gradually rolling out the concept.

In the UK, FRAMES had put in place a Natural Flood Management scheme upstream of Stockton-on-Tees. The scheme was put to the test during Storm Christoph, which hit the area in January 2021. Combined with flood engineering work,  it helped prevent many homes from flooding. Through FRAMES, farm and landowner engagement and action had been lined up as the first defence. The scheme won a George Stephenson Engineering Award! 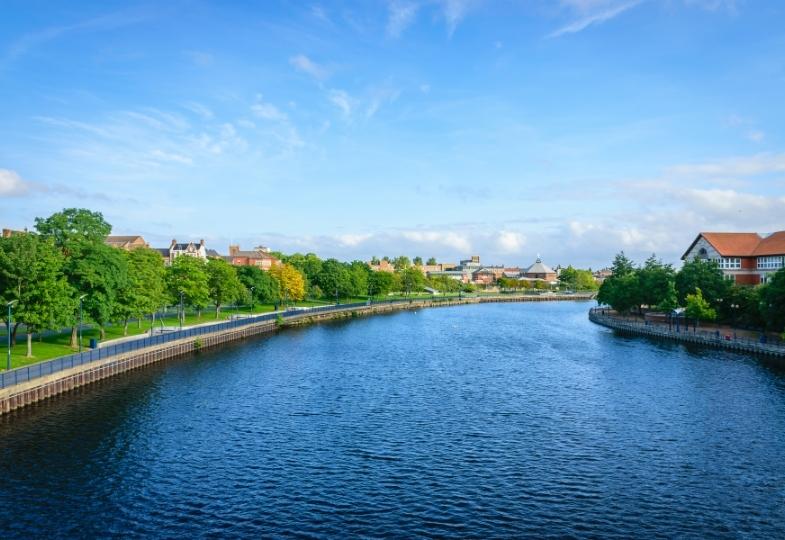 Stockton-on-Tees. The community has suffered repeated floods in the past 50 years.

The UK Norfolk water butt pilot has also been very well received and has contributed to the North Sea Region project CATCH. And the Kent pilot has moved to a new phase through an Interreg Channel/Marche programme, BRIC. The groups set up by FRAMES are now operating without support and a network of Flood Action Groups across Kent has been created.

Finally, the German partners are continuing their cooperation with the Jade University of Applied Sciences and the University of Oldenburg in the LifeGRID project. This project is a continuation of FRAMES and aims to protect vulnerable groups from floods and power outages through new supply concepts.

To sum up, FRAMES was a journey of sharing and learning. Through transnational exchanges, many organisations adopted the Multi-Layer Safety concept.

The effects ranged from national policy impacts to the use of the MLS concept and tools at regional level. In addition, knowledge institutes produced academic papers based on the pilots.

So can we learn to live with floods? FRAMES proves that yes, we can! By working together hand in hand, being open to innovative approaches and using the right tools, we can reduce the negative consequences of floods and coexist with water gone wild.

117 organisations adopted FRAMES solutions during the project, and new frameworks are continuing the work.

The MLS approach has strengthened the public agencies and stakeholders involved.

Lessons learned during FRAMES were transformed into a set of 10 policy recommendations.

Curious to learn more? Get in touch with the FRAMES lead partner:

In the Wiki FRAMES, you can learn more about the pilots providing the background for the policy recommendations . You can also access videos, a toolkit, a glossary, academic publications, and more.

Delve into the recommendations for flood safety smart policy.