A brief history of the North Sea Starfish

When did a starfish become part of our programme’s identity? And what’s so fascinating about starfish? Find out in this article.

Our dear mascot, the North Sea Starfish, is known and loved by many in the Interreg North Sea community. Thriving in the North Sea in droves, starfish are key to the marine ecosystem that unites our member countries, while their iconic shape is the perfect visual identifier for our programme.

But how and when did our starfish first emerge on the scene? As the North Sea Programme turns 25, we undertook an investigation to find out.

Our starfish is of course modelled on the live animal. And starfish -  also known as sea stars - have been around for quite a while, to say the least.

They began evolving back in the good old days of the Cambrian era some 500 million years ago. This was a time when all animals on Earth were still confined to the sea - and more than 499 million years before Homo sapiens first set foot on the planet.

Once starfish had emerged, there was no turning back. As a group the sturdy starfish have survived five mass extinctions, the last of which wiped out the dinosaurs. Today there are around 1,900 species of starfish spanning the globe. 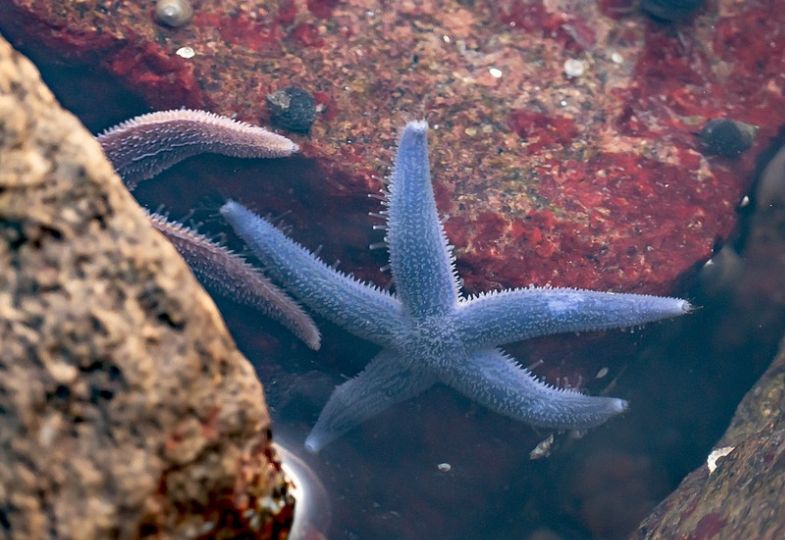 The Common Starfish comes in many colours. These two are hiding among rocks near Brofors in Sweden. Photo: W. Carter/Wikimedia Commons.

Origins of the North Sea Starfish

Above all, we wanted to know when and how our very own starfish was brought to life. Although its exact origins remain shrouded in mystery, it seems safe to conclude that the North Sea Starfish stems back from the early days of the programme.

The earliest traces we could find are from the beginnings of the IIIB programme (2002 - 2006). People who were involved at the time believe that the starfish emerged during one of the first North Sea Conferences. 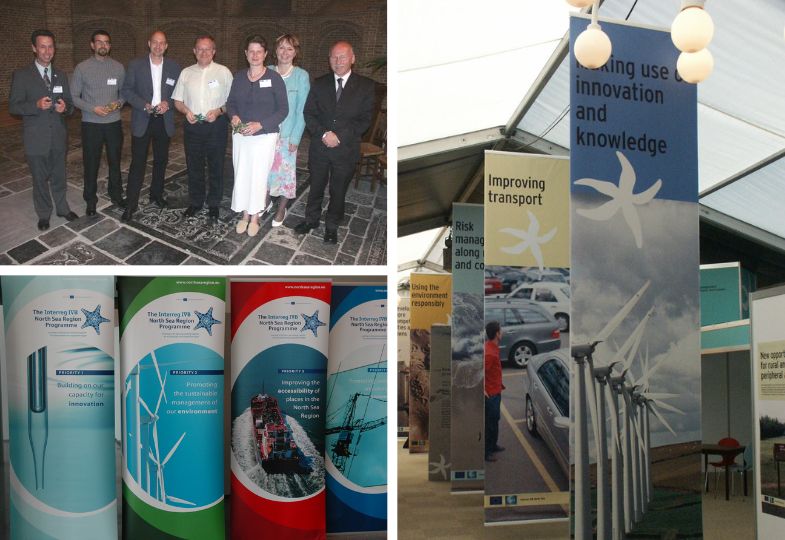 Like most animals, our starfish has evolved with the times. Watch the video to see its transformations over the past 20 years:

Beyond their extraordinary ability to survive times of crisis, starfish are truly special creatures. Pretty much everything about them is really strange. For example: 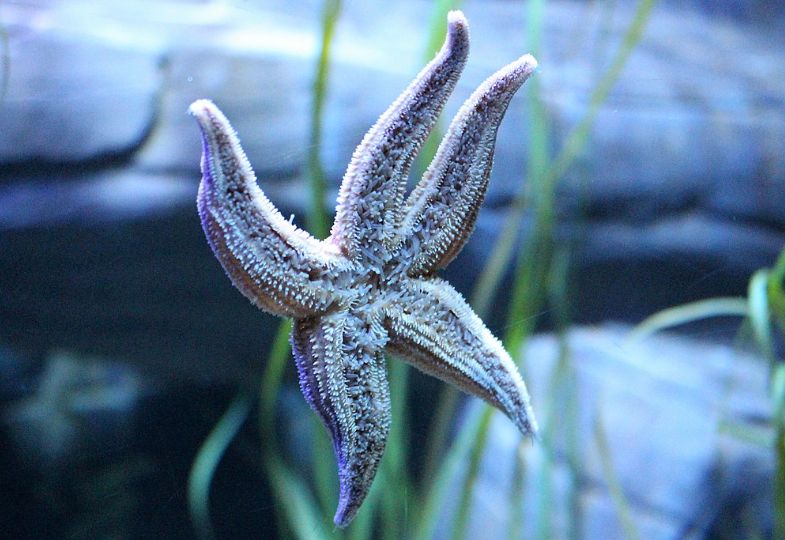 A Common Starfish on the prowl along the UK North Sea coast near Scarborough. Starfish are not fish but part of an ancient group called echinoderms. Photo: Emőke Dénes/Wikimedia Commons.

Why we should care about starfish

As predators, starfish play a key role in marine ecosystems by keeping other animals such as mussels and sea urchins under control. This in turn keeps ecosystems stable, including kelp forests that are vital for biodiversity and carbon storage. The starfish themselves are food for a range of other animals, from fish to sea anemones.

Despite their tenacity, starfish also face threats. For example, the mysterious Sea Star Wasting Disease - causing starfish to disintegrate - was recently discovered in Europe. The impact of the disease is thought to be worsening due to environmental stress factors such as climate change. Fingers crossed for the starfish in the North Sea! 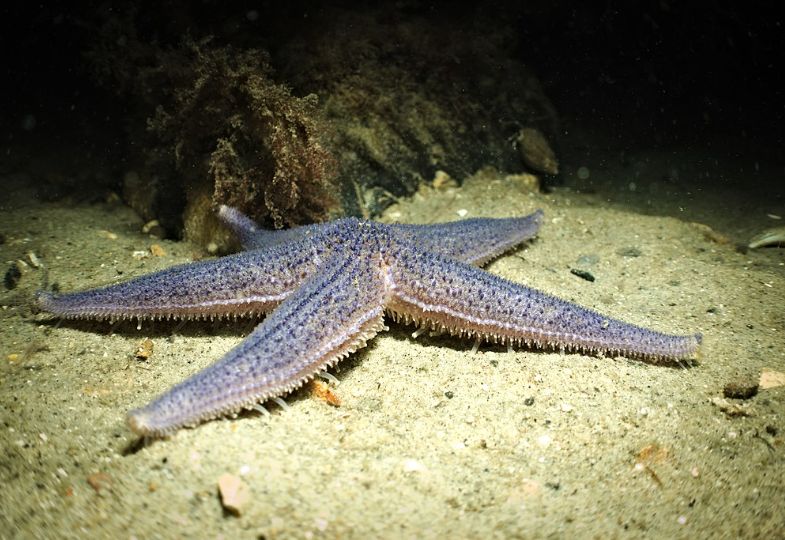 Starfish play a vital role as predators. Some species can live up to 35 years. Photo by Klaus Kevin Kristensen/Wikimedia Commons. 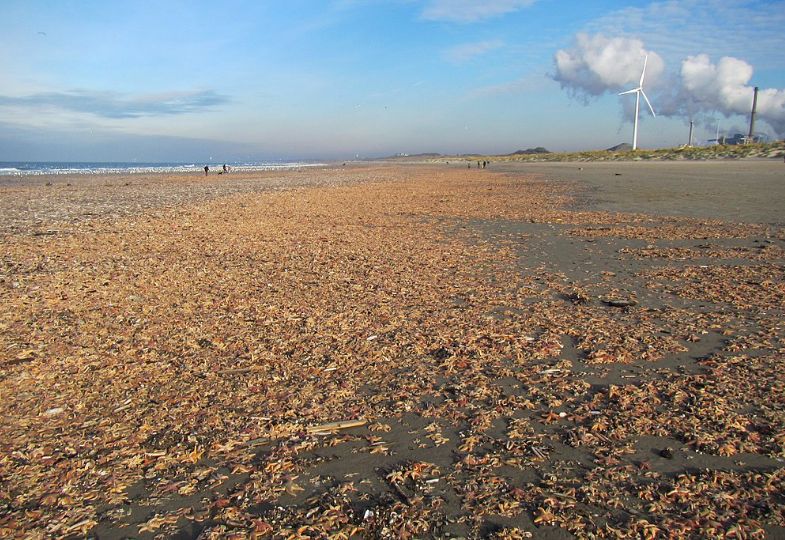 A symbol of endurance

In summary, our little starfish is a strong and persistent creature, capable of braving the highest stress levels that the planet has ever seen. And yet, it is also sensitive to abrupt changes in the environment.

Our starfish is an excellent example of the weird and wonderful life thriving in the North Sea. But above all, it is a reminder of the resilience we need to build and the changes we need to create in the North Sea Region. Exactly what the Interreg North Sea Programme is all about! 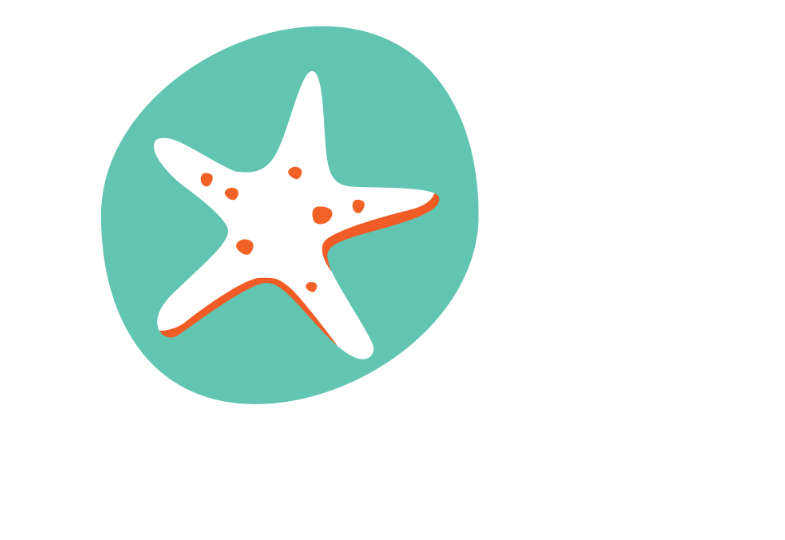